The Simms House, 40153 Janney Street, was the last house in Waterford that needed restoration. Because Loudoun County works at protecting its historical structures through its Historic District Review Committee, it had been hoped that the Simms House would be saved. Unfortunately, it wasn't!

The Simms House is named after resident Lizzie Simms, an African-American

, which is still standing just down the street from the Simms House. In fact, more than 20,000 Loudoun County children have been taught in the 1867 school house as part of the Waterford Foundation’s highly popular Second Street School Program. Through this program, fourth graders are able to live a day in the life of a documented African-American child attending the school in the year 1880

The tens of thousands of students who have participated in the program since the mid-1980s have been able to look from the school yard up to the Simms House. They can see that it is, architecturally, a relatively small and simple house built for people of modest means, thereby further instilling their lessons learned about Waterford’s African-American community. As such, the Simms House is a key part of the social, economic, racial, and architectural history not only of village of Waterford, but also of Virginia and the nation. 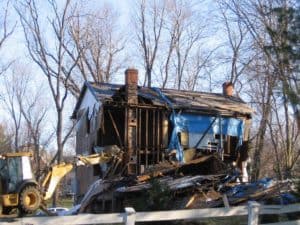 November 10 — Board of Supervisors voted to uphold the June 14 vote of the Historic District Advisory Committee that approved the certificate of appropriateness for Waterford property owner Milari Madison's home that excluded a west wing sought by the owner.

July 14 — Madison files a Loudoun Circuit Court lawsuit challenging the HDRC's rules and procedures as unconstitutional. The lawsuit seeks a ruling from a judge before any action has been taken to clarify the rights of all parties and is an opinion on a contested question of law. In an e-mail to the Board of Supervisors and county staff July 3, Madison said the "HDRC has no authority to divest me of my rights, and has such vague and ambiguous rules and procedures that an unconstitutional determination will be sought before the Court.

June 14 — Loudoun County Historic District Review Committee has given final approval to the construction of a new house with the condition that the west wing be removed from the plan. The vote on the application was originally taken last month, but raised the ire of residents and some committee members because they believed public notice had not properly been given that the matter would be taken up, and that a condition of approval that would have required a reduction of the size of the house was left out. An amended motion including that provision limiting the project's massing was adopted in a 5-1 vote.

While massing was agreed as a major concern with Madison's application, simply forgoing the west wing, some committee members said, would not address the issue, and the main house should be reduced as well. Others noted that if the west wing were removed, the owners could file a subsequent application for an addition, which the committee would be hard pressed to deny.

The Madison's petition to rid of the historic designation that gives the county the authority to keep her from building her house. Madison petitions the National Park Service and the Virginia Historic Resources Board to delist Waterford as an historic district.
Virginia Board of Historic Resources upholds landmark status »

This letter from Milari Madison accuses the WCA of tortuous interference, slander and defamation by blatantly making false statements and accusations. Madison's Letter »

December 15 - Board of Zoning Appeals (BZA) voted 4 to 1 to deny the Simms House owners' appeal to demolish the house based on their attempt to sell the structure only as a bona fide offer. The BZA concurred with the Zoning Administrator's finding that in a Historic District, an owner must offer both the structure and "the land pertaining to" for sale to qualify as a bona fide offer under section 6-1907 of the zoning ordinances.

December 6 - The Board of Supervisors upholds the HDRC August 1 decision to deny the Madisons (the owners of the Simms House) a demolition permit. Speakers in support of the Simms House and the HDRC included historians, the chair of the Leesburg Board of Architectural Review, a contractor who had inspected the house. More »

November - The Simms House may stand for at least a bit longer, but its long-term fate lies in the hands of a sharply divided board of supervisors. Several people testified that the owners have not only ignored consultants who said the home could be saved, but have actively assisted in its deterioration.

September - The owners appeal the HDRC August decision denying their demolition application. The owners claim the house should be demolished because it was economically infeasible for them to sell the property or fix it up and that the structure is not historically significant.

September - The owners file suit naming the Department of Historic Resources (DHR). They state that the DHR was not allowed to designate an entire district with either a National or Landmark status. The owners claim this then invalidates the local historic district designation of Waterford. The owners are siting the case of Worley vs Washington. The county is asking this to be dismissed.

September - The owners put the Simms House for sale, separate from the lot. They are in receipt of a letter from the Zoning Administrator stating that this does not meet the requirements in the ordinance for trying to sell the property in order to demolish if it is not sold.

September 16 - The owners try to submit another certificate of appropriateness for a new house, in anticipation of their planned demolition related to the item above. The county does not accept the application since the structure is currently on the property and the owners have several outstanding applications related to the current condition of the house.

August 15 - Planning Staff requests determination from the Zoning Administrator as to whether the owners' offer to sell only the structure meets the intent of Section 6-1907 of the Zoning Ordinance.

August 10 - owners submit offer to sell the house at 40153 Janney Street without the underlying land to the Department of Planning. The offer is forwarded to the HDRC.

August 1 - After a three hour meeting, the HDRC unanimously voted to deny the demolition petition on both accounts. The committee determined that it is economically feasible to sell the home since there was proof of two recent bona fide offers on file. In addition, they stated that the Simms house does have historical significance and that its demolition would substantially impair the historic district as a whole. The applicant appealed the HDRC decision.

June - The owners inform the Loudoun Board of Supervisors in a June 24 letter that they plan to expand their pending Circuit Court lawsuit to claim that the Waterford Historic District is invalid. The threat of a legal challenge represents the latest flanking movement in the owner’s more than two-year attempt to force the county government to let them build a larger house on land they purchased in the historic district. The lawsuit would be expanded to challenge the validity of the historic district itself, not just the interpretation and the implementation of the regulations, was an April 16, 2004, ruling by 20th Circuit Court Judge Jeffery Parker that nearly resulted in the nullification of the Town of Washington’s historic district

May 9 - owners submit petition to demolish 40153 Janney Street under Section 6-1907 (D 1) of the 1993 Revised Loudoun County Zoning Ordinance stating that the forced sale of the structure [40153 Janney Street] would be economically infeasible in relation to its effect on the remaining property, but also due to the fact that the loss of the house would have no historical or cultural impact on the historic district.

November 9 - Lien was put on Simms house in the amount of 61K by an unpaid contractor hired by the owners to work on the Simms House. In the statement of work, instructions include taking off and disposing of all siding.
First week of October - Work stops on Simms house.
Late summer - Fall - Zoning inspector fined the owners and stated all work had to stop until the fine was paid and a remedy for destroying the siding was determined.
Late summer - Verbal and written complaints were filed with the zoning department when 100-year-old siding was torn off and taken off the house and removed from the property in violation of the approved Certificate of Appropriateness.


Early August - owners receive signed "Certificate of Appropriateness" to build their proposed addition after applying and attending one HDRC meeting. The addition would increase the size of the original Simms House by 52% for a total of 2040 square feet.

July 19 - Waterford residents contact Virginia Simms and subsequently purchase the Simms House for $65K. One year was required to track down all of the potenial heirs to obtain a clear title.


April 1 - An attempt to raze the house failed when a potential developer withdrew their application after a large contingency from the village of Waterford voiced their opposition. Loudoun County historic guidelines only allow the demolition of an historic building if it is structurally unsafe. The applicants withdraw their application for demolition after seeing the Village residents present.

Second Street School program begins. During the next 20 years over 25,000 Loudoun County school children participate and learn about life in the 1800s in a segregated school in Loudoun County. Lizzie Simms, an African-American woman born in the Waterford area just after the Civil War, spent all her life in or near the village. Ms. Simms was a teaching assistant at the school. After her house was built in the early 20th century, just up the street from the school, it provided drinking water for the school.

Simms family moves out of Simms House. Prior to its sale in 2000, Mrs. Virginia Simms (daughter in law of Lizzie Simms) and her late husband Charles kept the house and grounds maintained. The house was occupied during 1970-1980s by friends of the Simms.

Lizzie Simms moves into house where she raises a son and several other children, and houses several boarders. She is listed in the 1920 and 1930 censuses as owning it, but not until 1939 is there a deed of sale for "$10" from the Corbins of various half shares.

If she can't get the county to let her build a house on the property, Madison said, the next step is to get rid of the historic designation that gives the county the authority to hold her up.

Her petition to the Virginia Department of Historic Resources claims, "The designation [Historic District] is used as a basis for limiting the Petitioner's property rights." The designation, she charged in the petition, is and always has been "faulty, unlawful, and obsolete ..."

"I have a feeling that [Madison] has a much larger agenda than building a house in the Waterford Historic District. Madison is waging her legal fight as a property rights activist."